Jeff Stimmell is in year 7 of teaching Agriculture Science at Big Walnut High School. Jeff has worked hard through the years at preparing his students for local, state, and national competitions. His favorite memory so far: “At the National FFA Convention in 2019, four of my students won the National Food Science & Technology CDE at noon and another student won the National Dairy Production - Entrepreneurship Proficiency Award at 2pm. It was a great afternoon!”

When not at school, Jeff enjoys being outside, listening to audiobooks, and walking. Fun fact about Mr. Stimmell: He is part of the group that holds the world record for the world’s largest robot dance in the Guinness Book of World Records.

Favorite quote: “Never let the fear of striking out keep you from playing the game.” - Babe Ruth 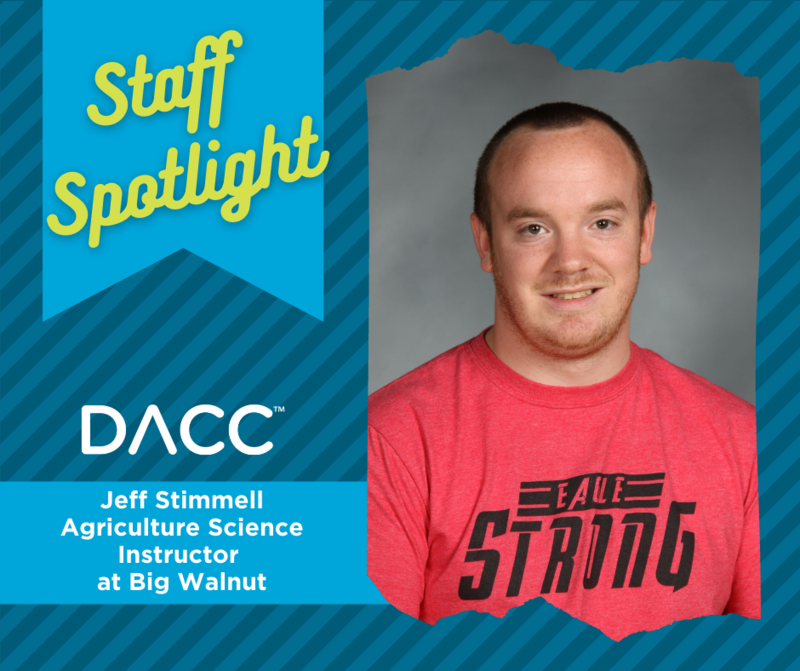